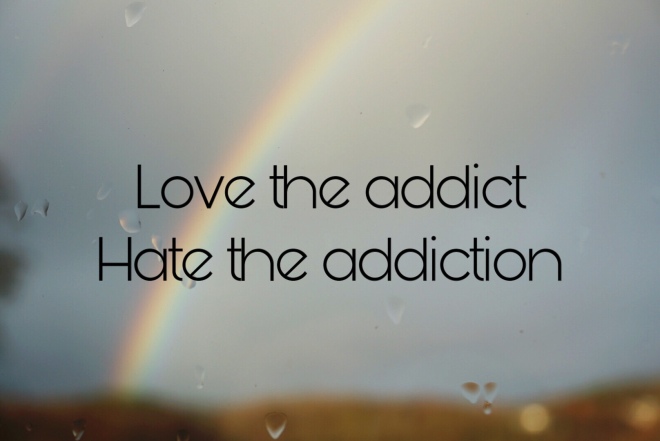 On my last post, Loving an Alcoholic, I wrote about my father and alcoholism and how it destroyed our family. Today, the story basically repeats itself but dealing with a different demon.

He was the love of my life, the father to my children, the only person I could run to for comfort at any time. He was always there when I needed him.

I did everything possible to help him, or maybe not enough. I didn’t know how. I didn’t know what I do now. The truth is we can only do so much. The rest is all up to the person with the addiction.

When we first met it was all drinking and clubbing, we took a few pills or did some cocaine, but only to party. I eventually stopped using any type of drug and became a “housewife”, but he continued to go out. We would sometimes go out together but we would only drink. I never imagined that he was doing anything other than what I had done with him.

I was pregnant with my third child. We had moved back to the states, recently married. We lived crowded in a one bedroom apartment, my two kids, my dad, my husband and I.

I thought it was the beginning of our new life together as a family. That everything was going to be okay. I was happy that we were married and had our own little place and that my father was living with us. My dad was still drinking, but at least he was safe with us.

I never imagined what I had coming. My life before had been a mess. I had forgiven people for hurting me even though they never apologized. I had moved on and was hopeful for a better life.

The first time I found a small plastic wrapper on the restroom floor, I didn’t think much of it. Until it happened constantly, I started wondering what this was. I asked my dad thinking he was leaving them, maybe using some type of drug. It wasn’t him. It broke my heart when I finally learned what this was and who was doing it.

In middle school, I knew kids that used a type of liquid drug that they put in eye droppers and used through the nose, eyes and under the tongue. I never used this, and I never knew exactly what it was.

Heroin has been the worst drug I’ve come across in my entire life. I found out my husband had been using for a while and he had left all the evidence without me ever noticing. This drug is nothing like the drugs I knew.

I had been wild and tried many things but this was not one of them. I didn’t have a clue of what I was dealing with.

and finally the soul.

First came denial. He denied everything. With denial, came the lies. He lied to my face, swearing on his own kid’s lives that he wasn’t doing any drugs. He sneaked out all the time and wouldn’t come home for days.

The lying continued and we started fighting. When I said I would leave him he would lie again.

I seriously don’t know why I let him come back every time. I know I loved him, I didn’t know that I deserved better.

He became an expert in manipulation. He knew exactly what to say and what to do to make me go back to him. He knew me so well and that’s where I failed. I didn’t know anything about him.

It’s not the heroin that makes one an addict, it is the escape from harsh reality. -Shirley Chisholm

At that time, I didn’t know this. Now I know. I know he had to carry some heavy experiences in his heart to need something this strong to ease the pain. I know this now that I experienced it and found the courage to overcome it.

When his manipulative strategies stopped working, the threats started.

I believed his tears. I believed his cry for help. I helped him. I did. I did what I knew and tried my best. But nothing worked. And I kept letting him in. He cried to me asking for help so many times. I saw him in pain from the withdrawals and cried with him.

There’s one threat he made that stayed deep in my heart for so long. He told me that if I ever left him, he would rather die. That he didn’t want to live without me.

He was in and out of jail so many times. And he would always go back to using. It was like he enjoyed it now. I don’t know why he would go back when he had gone through the withdrawals for days, even weeks in jail.

I found a small paper bag on the top shelf of my restroom. Over 20 used needles, if not more. I went to his parents’ for help and I understood so many things when they refused to help him. Here we were, begging for some compassion and all we got was rejection from his own parents.

The only way I found to help us both was for him to keep using, but only to function and I would give it to him. It actually worked for some time until he got arrested for robbery.

I was so hurt when he got out months later and I found out he was using again. That was enough for me to let him go. At least I tried. It seems like I was addicted too. I needed him to function. We were both so damaged, we needed each other to fill in the voids in our hearts.

Getting out of jail meant he was deported to Mexico right away. I did get to see him after, I thought we had finally won this war. But we didn’t. I let him break my heart over and over again.

This time I had met someone. He helped me get out of this toxic relationship.

The worst day of my life was when I got the call telling me he had been missing for days. The pain I felt when I realized he was not coming back anymore completely broke me. It didn’t happen right away. I was still hopeful that he would come knocking at my door and tell me one of his crazy stories.

As the days went by, the pain grew stronger. I couldn’t see my kids without crying. I thought of the day they would ask for their dad, what was I supposed to say? I thought of my life without him. I died inside with every tear, with every day I woke up to this cruel reality. I knew I couldn’t die with him because my kids needed me. I didn’t have the courage to leave them alone in this harsh world.

I remembered every single day how he would say that he’d rather die than live without me. I felt the guilt of leaving him. I blamed myself for not helping him, for rejecting him just like his parents had done. I hated myself for doing the same. I thought God was punishing me for leaving him when he needed me the most.

I knew he didn’t end his life, I also knew heroin might not have killed him, but the guilt was not less heavy. I waited for him for so many years. I just couldn’t grasp the thought of not seeing him ever again.

Addiction affects the addict, everyone around you, everyone that cares about you, everyone you love. It is not the person’s fault, it is not your loved one’s fault either. It is a disease. It comes from trauma, hurt, or other mental health issues. We cannot fix anyone, only ourselves. We cannot help someone who doesn’t want help. It took me over 13 years to realize this. To finally accept that it was not my fault. I did everything I knew how to do to help him. I didn’t fail him. Life failed him. His own traumatic experiences were too hard for him to overcome. It was his responsibility to heal his own pain, but he wasn’t strong enough to do it.

I know we will meet again.

It wasn’t your fault.

I love you forever.

16 thoughts on “Addiction Through the Eyes of a Loved One” 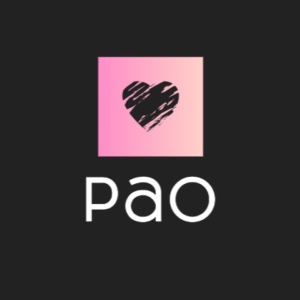